There is a great interview with Charlie that has recently been published in Discussions Magazine, entitled 'Rebellion Songs: An EXCLUSIVE interview with U.K. SUBS’ Charlie Harper'.
The interview is by Stephen SPAZ Schnee
"I was exposed to all those old Blues guys. You know, Muddy Waters, Lightnin’ Hopkins, Howlin’ Wolf… I saw ‘em all live and they were just amazing gentlemen and to me, that was the thing – to dedicate your whole life to play music..."

Read the interview online HERE
The full interview is also archived below:
Rebellion Songs:
An EXCLUSIVE interview
with
U.K. SUBS’
Charlie Harper
By Stephen SPAZ Schnee
The seeds of the Punk movement were planted in the late ‘60s and took root in New York in the mid-‘70s. But Punk didn’t really blossom until it hit the UK in ’76. By breaking Rock ‘n’ Roll down to its raw and raucous foundation, Punk brought life to the spirit of Rock. Just like Frankenstein’s monster, this new, energetic and youthful musical movement wreaked havoc everywhere it went. Nearly 40 years on, it can still be seen, felt and heard on the radio, internet and TV. Alongside Sex Pistols, The Clash, The Jam, Buzzcocks, The Damned and The Stranglers, U.K. Subs were one of the original British Punk bands to emerge on the scene. Fronted by Charlie Harper – already a veteran of the U.K. music scene for a decade before the band formed in ’76 – the Subs toured and released singles before finally releasing their debut album in 1979. For four decades, Harper has flown the Punk flag with pride, never catering to record label and music business politics. WhileJoe Strummer, Johnny Rotten, Paul Weller and other Punk vets have become Punk idols, Charlie has become an icon – he is just as hard-working, determined and approachable today as he ever was. U.K. Subs remain a band and not a brand. Though they’ve gone through many line-up changes over the years, Charlie has kept the music focused and passionate – when you hear the Subs, you know it’s the Subs.
With 2015’s Yellow Leader (Captain Oi Records), Harper and his Sub-mates (Japanese guitaristJet, bassist Alvin Gibbs and drummer Jamie Oliver) have released a full-length album that is as modern and powerful as it is classic. Produced by Pat Collier, the album features some of the best material they’ve ever written. Thankfully, the quartet varies the tempos, arrangements and song structures so they don’t end up sounding like the same backing tracks with different lyrics shouted over the top. However, the pure electric energy of the album does come with a twinge of sadness – back in ’79, Harper had a goal to release albums that had titles beginning with every letter of the alphabet (Another Kind Of Blues, Brand New Age, Crash Course, etc.) but after Yellow Leader, only one letter remains: Z. On the other hand, with this fantastic release already receiving well-justified praise, it’s quite exciting to see where they might go with their next and possibly final full-length studio album!
Stephen SPAZ Schnee was able to chat with Charlie Harper to discuss the past, the present and the future of U.K. Subs…. 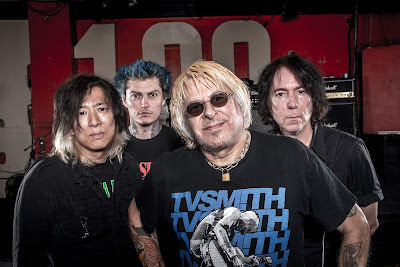 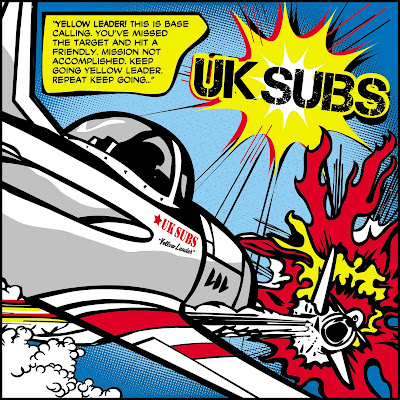